Creation for the Acta Fabula Company of a visit/workshop on the theme of fashion in connection with the “Textile Follies” exhibition, as part of the 2013 Portes du Temps at the Palais de Compiègne. Conception and realisation of a transversal visit of the palace with the presentation of fashion icons from the history of this place such as Queen Marie Antoinette and her milliner Rose Bertin, the dressmaker Mme Raimbault and Joséphine de Beauharnais or Charles Worth with Pauline de Metternich. The roles are interpreted by Géraldine Moreau – Geoffrey, actress. The workshop focuses on the design of mixed media textile samples inspired by nature for the motifs. A mannequin with a Second Empire crinoline is dressed in a dress made up of all these samples created by each child who thus participates in the creation of this “textile madness”.

This creation was presented during the Heritage Days in the Palais de Compiègne.

“Les Allumeurs” is a group made up of two visual artists assisted by a team of contributors whose concern is to develop “total” creations in situ with a participative tone.

The participants were able to meet the person in charge of the fauna and flora present on the “petite ceinture” 5 minutes from their school. They took part in a botanical initiation by making a herbarium of the nature present in their environment. Thus they were able to show their school the plant world that surrounds them, by pasting their plates on the walls of the courtyard, which have since been repainted…

These creations were submitted to the “Jardi’stiques” competition at Floralies 2014.

This project was born out of the desire to pay tribute to the residents of Rexpoëde, the White Butterflies, who have been involved in the creation of Jardins Barges since its inception.

To date, four meetings have been held: RDV 1, the creation of the Mala 800 Zoo t-shirt, to introduce this environmental project by tackling a street art technique, stencilling, with the transmission of its history. RDV 2, the realization of a treasure hunt in the city of Maladrerie, classified as a heritage of the 20th century, to discover its artistic and other riches and thus give the desire to preserve them. RDV 3, the creation of the orchard, to create together a common living space where it would be good to rest and in season to taste its fruits. RDV 4, with the creation of a monumental nature game, “Victory Garden”, created using the graffiti stencil technique, on the slab of the former Joyeux car park. It is also an educational tool made available to the various structures in the neighbourhood. Coming soon, season 2 of the “Mala 800 Zoo” project, with new events!

Thanks to Marie Sanyas and her team at Auber kids tv for their support of the Mala 800 Zoo project. 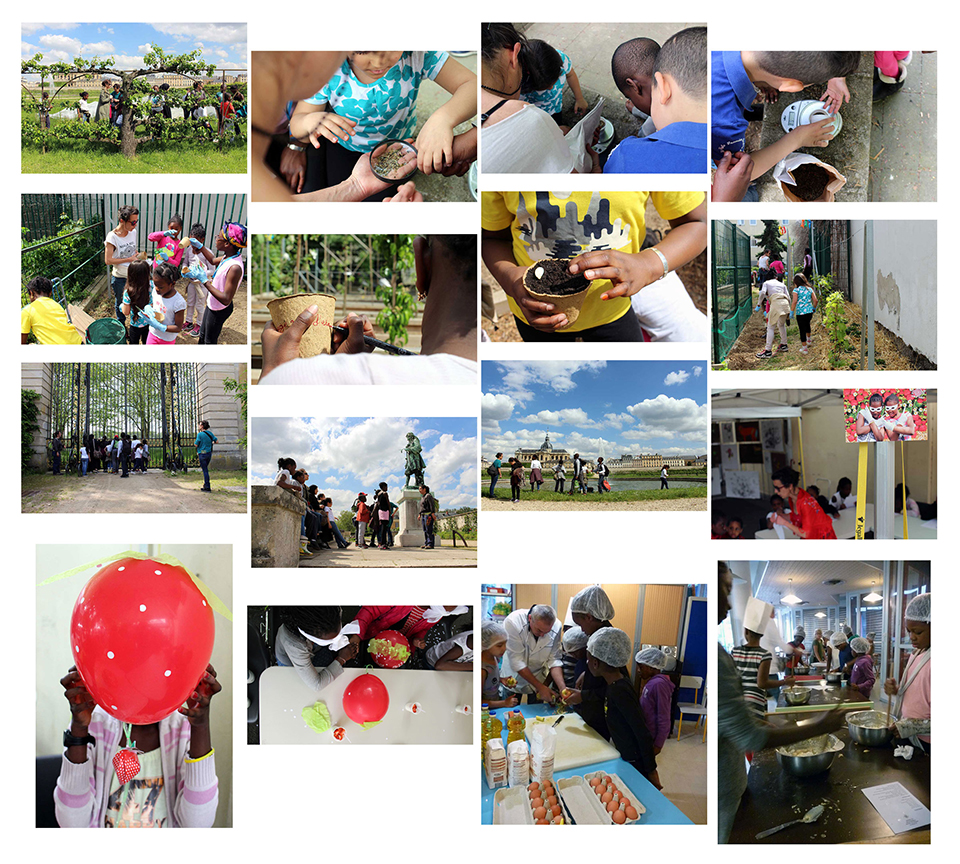